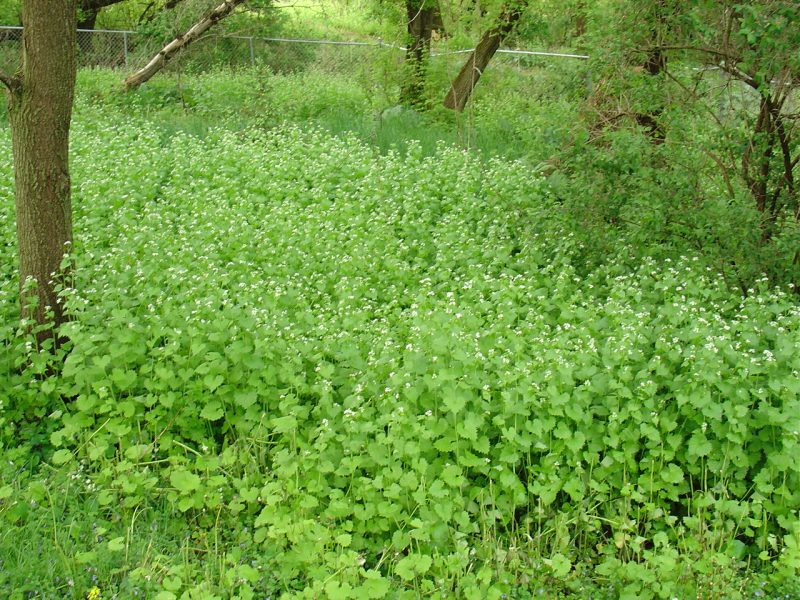 Introduced from Europe as a food plant, Garlic Mustard is a serious concern in forests across North America. While it is edible for people, this rampant invasive it is not a food source for local wildlife or insects. As a self-pollinated plant with a high seed-production rate, it spreads rapidly: a stand of Garlic Mustard can produce more than 62,000 seeds per square meter, easily out-competing and quickly changing the structure of native plant communities in a relatively stable forest understory. It is allelopathic as well, and produces chemicals that inhibit the growth of other plants and the mychorrizal fungi needed for healthy tree growth and tree seedling survival.

If you battle this unwelcome invader on your property, native plants should be part of your strategy. There are some native woodland plants that can be surprisingly aggressive – a quality that can work in your favor when eradicating Garlic Mustard. 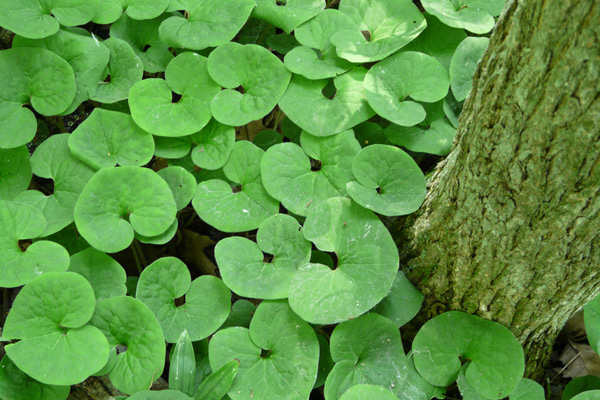 Start conquering that Garlic Mustard patch in spring, before it goes to seed!
Wild Ginger is easy to grow. It establishes quickly and does well in almost any well-drained soil. But before you start, a bit of preparation will be necessary. Your planting area needs to be free and clear of any standing Garlic Mustard. A stand of plants can be successfully controlled by hand-pulling. Pull plants in the spring when the soil is soft and easily workable, making sure to remove the roots, as they can resprout when left in the soil. Also, you’ll want to pull them before any seeds develop. If plants already have flowers or seed pods, carefully bag them and put them in the trash.

For optimal results, the manual removal of plants can be followed-up with a full year (early spring to early spring) of smothering the planting area with a solid layer of cardboard (held down with woodchip mulch).

Wild Ginger transplants are best installed in spring. Plant them one-to-two-feet on center, into a well-prepared weed-free site, in moderate to full shade. Mulch between the new transplants with 2–3 inches of leaf compost or clean weed-free straw (or re-used woodchip mulch) to help reduce weed germination during the establishment phase. The plants will expand by rhizomes at a rate of three-to-six inches per year, so you should have a good solid cover of Wild Ginger by the end of the third growing season. 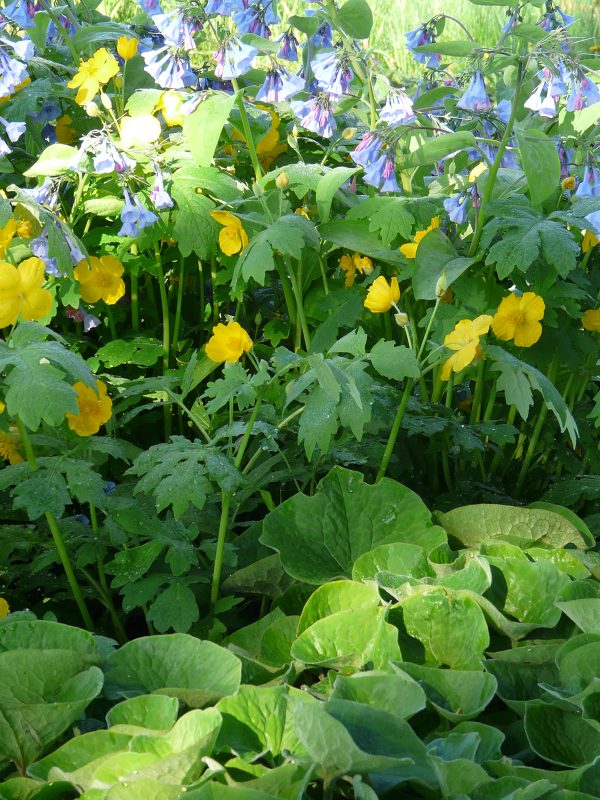 Wild Ginger in our display garden, with Celandine Poppy and Virginia Bluebells.

Wild Ginger isn’t the only native you can plant in your campaign to eradicate Garlic Mustard. Here are are a few more optoins, proven to help minimize the spread of woodland invasives … 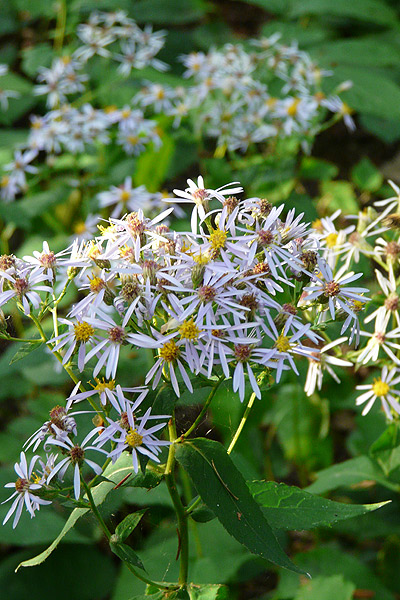 Mayapple (Podophyllum peltatum)
Mayapple spreads by rhizomes, but It does not form a sod or mat like Wild Ginger or Big Leaf Aster. Most of it’s inhibiting properties lie in the umbrella-like leaves. The folliage of a well developed stand of Mayapple cast a dense shade underneath them, discouraging the growth of other plants. Plants installed two-feet-on-center will creep together to form a colony in about three years. Weeds such as garlic mustard will grow under the Mayapple canopy. A layer of cardboard over the bare soil at planting will stop the weed seeds from germinating. Install the Mayapple transplants through slits in the cardboard. A few weeds may show after the cardboard rots; just make sure that these stragglers don’t go to seed and remove them readily. 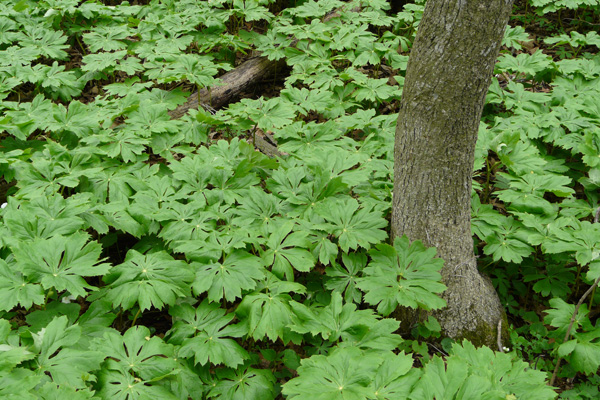 Long Beaked Sedge (Carex sprengelii)
Long Beaked Sedge (Carex sprengelii) also works well at repelling Garlic Mustard and is easily grown in any well-drained soil in the shade. If you have dry-sandy soil, install the plants about 8 inches apart – on clay soils you can plant them a foot apart – and they’ll fill-in and inhibit the growth of Garlic Mustard almost completely once mature (2 – 3 years).

Ivory Sedge (Carex eburnea)
Golden Star Sedge (Carex rosea)
Ivory Sedge and Golden Star Sedge do not expand by rhizomes, but their clumps form a dense sod when planted six to nine inches apart. The dense root systems of these sedges occupy the soil rooting zone, discouraging establishment of undesirable species from seed. Many clump-forming native sedges can be established using transplants to form a green carpet of growth that repels invasion by unwanted aggressive plants.