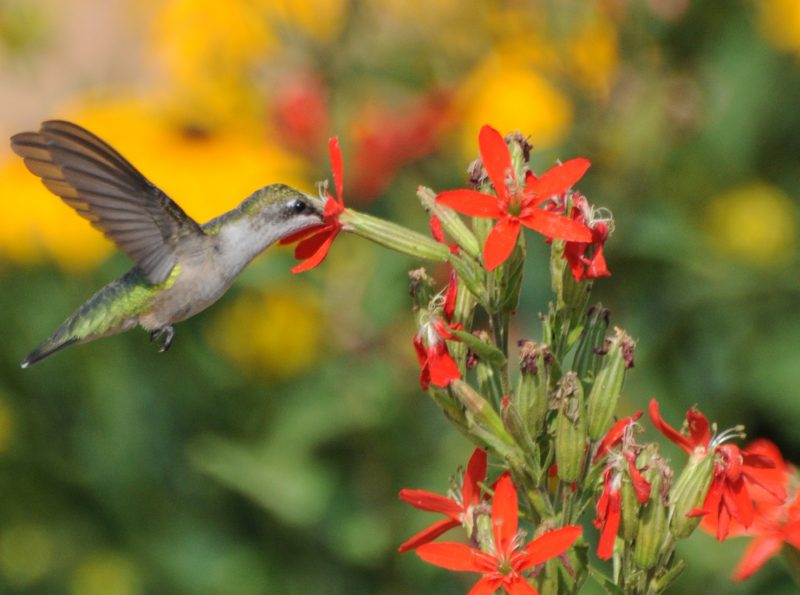 The sight of a hummingbird the garden is such a delightful surprise. Their mesmerizing flight, flashy feathers, and tiny size are so captivating — who wouldn’t want to serve these enchanting visitors, and hope for their return! Familiarity with some basic behaviors, needs and preferences can go a long way toward creating a more inviting setting for the hummingbirds that grace your garden.

North American native plants — with the right features — offer the best support for our native hummingbirds. The “right features” are features that meet their unique needs: the right colors, the right shapes, and lots of nectar.

HUMMINGBIRDS RELY ON THEIR KEEN EYESIGHT.

Unlike other pollinators, hummingbirds don’t rely heavily on the sense of smell to find nectar. Instead their extremely keen eyesight helps them find what they need. Hummingbirds see color as well as or better than humans, and they also see ultraviolet light, which really amps up the color intensity. Bright saturated colors, rather than the sweet smell of nectar tell them that food may be available. Hummingbirds hone in on bright reds, pinks, rich lavenders and blue colored flowers. Orange is also good, but they are less attracted to white or yellow blossoms. Though they don’t visit them for nectar, the deep pink color of roses can lure hummingbirds in for further investigation. Their visual acuity serves their rapid flight and slick maneuverability as well. 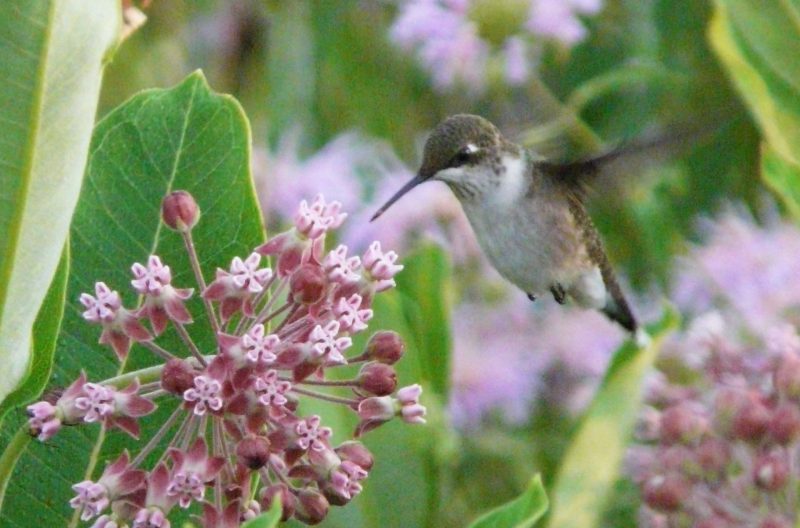 Tubular flowers with deep nectaries are required, as hummingbirds have evolved both qualities and abilities that allow them to access a tube-shaped opening — their long beaks being the most obvious. Hummingbirds are able to reach deep into a flower with their beak, where they then lap at the nectar using their (also long) tongue. Their amazing hoverability allows them to fly-in-place while they feed. The competition at tube-shaped flowers could be less than the competition at open-shaped flowers, which have easy access, a stronger aroma and may attract numerous competing visitors at once. Penstemons, Liatris, Lobelia, Coral Honeysuckle, Monarda and Catchfly are all good examples of tubular flowers.

Besides nectar from flowers, hummingbirds also need to consume plenty of small insects. Flowers such as New Jersey Tea, Yarrow, Milkweeds, Elderberry and plants with clustered flowers often attract numerous ants and other small, hummingbird-sized fare. The tiny hummingbird has a huge appetite and requires a good deal of fuel for their high metabolism and zippy flight. And the nesting mother requires insects to feed their hatchlings. The average hummer eats about half of its body weight in nectar and insects a day, feeding every 10-15 minutes throughout the day. Hummingbirds cannot live on nectar alone! Check out this article about “The Real Diet of Hummingbirds” , on Cornell Lab’s “All About Birds” Blog. 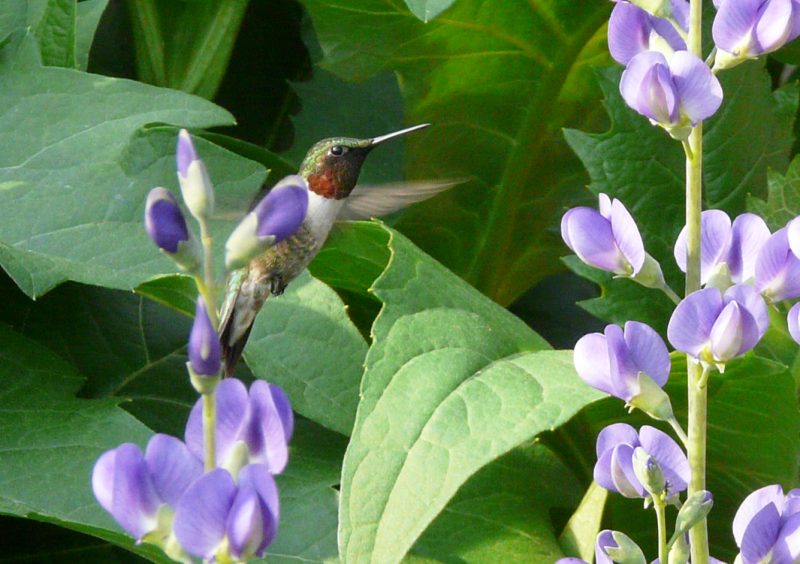 Between meals, hummingbirds spend time perched in trees, overseeing their territory, and basically resting from their rapid activity. Hummingbirds often nest along the edge of wooded areas, and they can adapt to urban areas as long as some trees are present. They like to perch on high branches, rather than in dense shrubbery. Vertical and layered growth consisting of trees shrubs and perennials is preferred by hummingbirds. If trees or tall shrubs are not available, consider adding a trellis or tall posts as perches.

Hummingbirds are very territorial, and a single hummingbird’s claim can be up to 1/4 acre (apprx.10,000 sq. ft). If your yard to its liking, it will fight-off other contenders to keep the territory to itself. So unless you have quite a large yard, the hummingbirds you see in your yard from day to day are likely to be the same ones. Hummingbirds do not pair up to raise young, and the male and female birds defend their own territories. The female territory is defined by the location of the nest, so if you notice a female visiting your garden, there may be a nest nearby. (A male hummingbird is more colorful, and the female is usually slightly larger – though it can be hard to tell!)

Of the more than 300 hummingbird species in the world, only 16 live in North America, with less than a dozen of those inhabiting the U.S. and Canada. There are no hummingbirds outside of the Americas — all are from North, Central or South America.

PRE-PLANNED HUMMINGBIRD GARDENS are so easy! We’ve done the planning for you – Choose the plan that’s right for your soil.

CUSTOM KIT FOR HUMMERS. Boost the hummingbird potential of your garden – Choose from a collection of hummingbird favorites and customize a 16-Plant Kit. 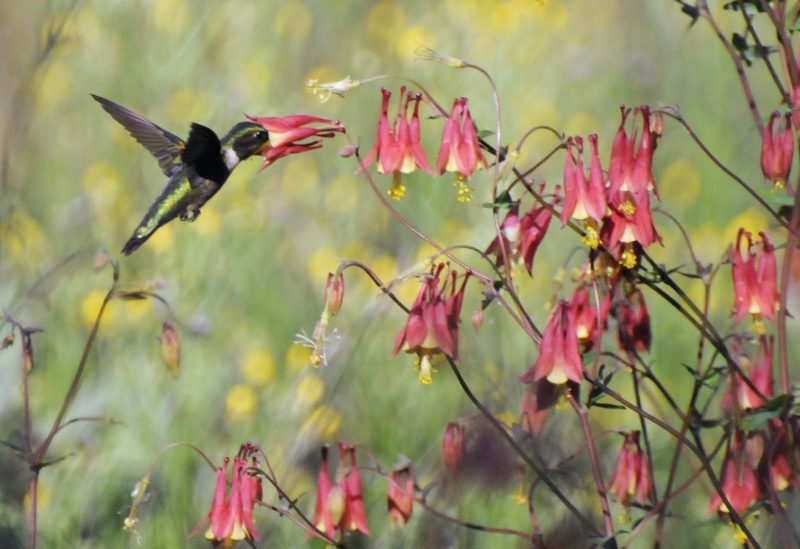